Narrative of a Journey from Heraut to Khiva, Moscow, and St. Petersburgh, during the late Russian Invasion of Khiva; with some Account of the Court of Khiva and the Kingdom of Khaurism.

Original publishers black cloth, gilt titles on spine and blindstamped boards, 8vo.
Collation: Vol. I: pp. 1, (1), frontis, 1, (1) xix, (1), map, 401 and Vol. II: pp. x, 299, (1), ciii. Half titles present in both volumes.
Gilt-stamped bookplates of Alexander Mc Grigor on front pastedown of both volumes and 2 other ownership inscriptions on ffep of both volumes.

Volume I is illustrated with the lithographed portrait of Summud Khaun as frontispiece and contains a large folding map of the area where Capt. Abbott travelled.

This travelogue recounts the diplomatic mission through Central Asia and Russia undertaken by Capt. James Abbott in 1839. He was born in 1807 and died in 1896. In 1823 he went to India to join the Bengal Artillery. Once an officer in the Bengal Artillery, Abbott first travelled to Central Asia in 1838 where he soon became involved in the Russian - British relations as they struggled for influence in the region. He was sent to Khiva to negotiate the release of Russians who were kept prisoner by the Khan.

The work includes an account of his experiences and observations on the cultures and landscapes seen and evocatively describes both the locations and people involved.

Provenance: Alexander Bennett McGrigor of Cairnoch (1827-1891) was a lawyer, co-owner of a big Glasgow law firm and an ardent book collector.

A really pleasing copy of a rare book. Yakushi erroneously calls for 2 plates plus a map; only volume I was published with a frontispiece. 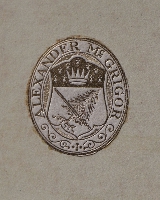 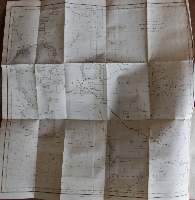