Several woodcut ornaments and initials, 1 folding map with a couple of neat closed tears and a small area of re-enforcement to rear plus 4 folding plates, apparently lacking 1 plate. One page with a neatly repaired short tear, only affecting the margin. Name on ffep. Contemporary boards, corners bumped and with edgewear, professionally rebacked with a plain, full calf spine somewhere in the 2nd half of the 20th century, with the hinges reinforced and original fep's preserved. A very clean copy with only sporadic some very light foxing. The book measures 6" x 3.5".

This book originally was published in Latin in 1681. It was translated respectively into German, English, French and Dutch, this being the first French edition of 1684. These editions in modern languages nowadays are even harder to find than the original (and more comprehensive) latin edition.

Ludolf is generally considered the expert on Ethiopia at the end of the 17th century. He was a great expert on languages, especially Ceez, and studied respectively at the universities of Erfurt, the city where he was born in June 1624, Leiden and Utrecht. In 1690 he was appointed chairman of the Collegium Imperiale Historicum. In April 1704 he died in Frankfurt am Main. 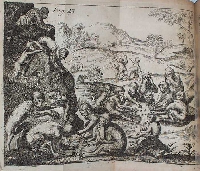 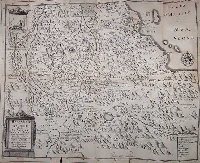