No date, but approximately 1663. Later half calf over marbled paper boards. pp. 56, approx. 20 x 16 cm. Spine divided in six compartments by five raised bands with gilt titles on a red label in the second compartment. With a wood-engraving on the title page and seven wood-engravings in the text. Printed in two columns.
It was published first in 1646 as part of Commelin's "Begin ende Voortgangh, etc.", followed by a separate edition in 1652.

Pages very slightly trimmed when rebound. Light rubbing to calf. A handwritten note in pen on the engraving on the title page (see picture #3) and another note in pen on one of the other engravings (see picture #6), resulting in small ink stains on the text of the opposite page as well. A few notes in the margin of the last page. Further overall very clean with absolute minimal browning and/or spotting.

Joris van Spilbergen was born in Antwerp in 1568 and died in Bergen op Zoom in 1620. He became a merchant in Middelburg but was not succesful and went bankrupt. He then was employed by Balthazar de Moucheron. In 1601 the latter sent him to the East Indies. He sailed from Veere in command of three ships, the “Schaep”, commanded by himself, the “Lam”, and the “Ram”. First he sailed to the Cape of Good Hope, where he gave “Table Bay” its name. From there he went to Ceylon where he negotiated with king Vimala Dharma Suriya about establishing trading posts. As the king needed an ally against the Portuguese, these initial negotiations between the king and the Dutch seemed to develop rather positive.
Hereafter he sailed to Aceh, where he remained till news reached him in 1603 that the Dutch East India Company (VOC) had been established the year before, incorporating the independent companies of the various cities, so that he could not continue to work for De Moucheron and he returned to Vlissingen.
In 1614 he commanded a fleet of six ships which rounded the Strait of Magellan and crossed the Pacific from east to west. From the Indies he sailed home via the Cape of Good Hope, thus becoming the fifth circumnavigator (after Magellan, Drake, Cavendish and Van Noort) in history.

On one of the vessels with which he sailed to the East-Indies in 1601, a man named Willem Jansz, served as master of the Lam who later, in 1606, on board the Duyfken, charted about 300 km of the west coast of Cape York Peninsula in Queensland. This was the first authenticated landing on Australian soil. 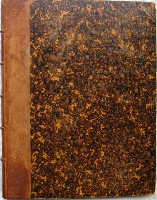 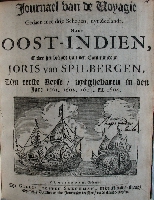 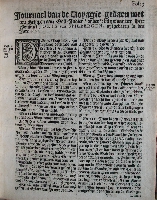 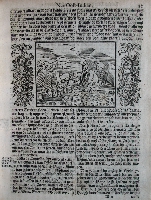 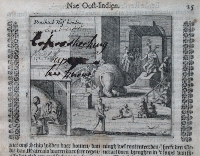