The second issue (as far as it concerns the title page) of this extremely rare and important topographical book which (though unlikely, given the dates of the engravings) may have been published first in 1698. The date on the engraved title page bears the year 1703, while the rest of the engraved title page is exactly identical to the 1698 edition. Oblong 4to, measuring 20 x 30 cm and containing an engraved title page plus 32 fine engravings by or after Caspar Specht, which have been numbered by pen in an old hand.
The near contemporary (early 18th century) binding of parchment over brocade paper covered boards is rather worn and soiled, but still very sound. Moreover quite obviously at the end eight leaves have been removed. There is a very small library stamp on the back side of each plate.
The plates are strong and clean, though there is occasionally some minor browning, mostly restricted to the margins and sporadically a very little spotting here and there.

There are 3 editions of this book; the edition with the 1698 title page, this edition and a later edition by the Ottens brothers.
After the death of Specht in September 1710 the original copper plates were acquired by Joachim Ottens from Amsterdam. These engravings were republished under the title ‘Het verheerlykt Utrecht’ by his sons Reinier and Josua Ottens probably somewhere around 1730, but not before 1725 as the brothers started their partnership in that year following the death of their mother, who had managed the firm since the death of her husband in 1719. (*)
It is important to mention these dates here, as sometimes editions are attributed to the Ottens brothers as early as the year 1700 (a.o. by S. Muller Fz.), while Josua still was to be born then and Reinier celebrated his 4th anniversary in that year.
In their publication any reference to Specht has been removed.

The importance of this publication by Caspar Specht is derived amongst others from the differences we can see with the drawings that Roelant Roghman made about half a century earlier of the same castles in the province of Utrecht. Schonauwen castle e.g. was transferred into quite a different house during this period, as was the castle of Beverweerd, while of castle Den Ham we can see on Roghman’s drawings that the roof on the keep is missing, while on the view by Specht this roof has been restored again. Also significant are the changes made to Vleuten castle and others.
Occasionally this book contains the oldest known picture of a castle, like i.e. castle Den Engh.

Hereafter follows the complete list of plates as in this copy. Of each plate the date is mentioned, as well as the name(s) of the engravers.

WorldCat only locates two copies; one with an identical title page as our copy in the Pierpont Morgan Library and a copy with the 1698 title page at Twente University Library, which should have 36 plates. However, this number includes the engraved title page so that there are actually 35 plates. In comparison to our copy there are 4 additional plates, depicting the castles of Heemstede, Plettenburg, Sterkenburg and Vliet, while the plate " ’T Gesigt van de Betuwe " is missing in their copy.
In the copy which is in the possession of the Morgan Library & Museum there are also plates of the castles of Groenewoude and Oudegeyn.
Hence of the 8 removed leaves at the end we can identify the above mentioned 6 plates while the remainder is left to be resolved.
Despite the date of 1698 on the title page of the Twente University Library copy, the plates in that copy are exactly identical to the plates in our copy, including the dates as mentioned here above(!).

Overall a bright copy with strong impressions of an extremely rare book.

(*) For a complete listing (in Dutch) of a.o. the Ottens printing history, as well as details about Caspar Specht, please be referred to: http://www.maphist.nl/Repertorium_van_Nederlandse_kaartmakers.pdf

Link to details on the printing history of this book. 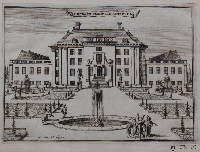 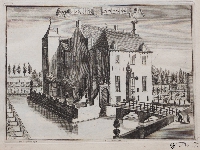 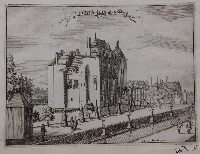 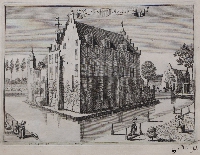 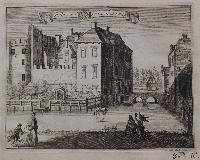 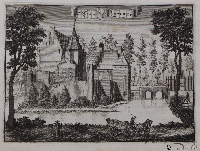 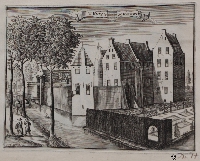 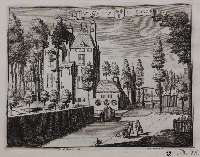 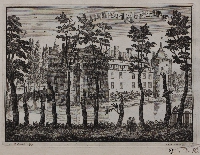 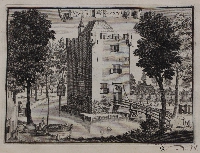 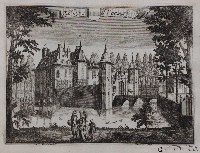 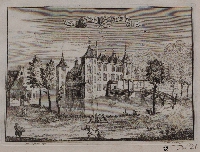 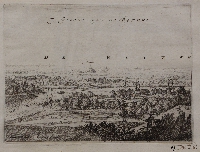