Gilt ruled spines with the titles in the second and fourth compartments, beautiful marbled endpapers and illustrated with a large folding map of the Kuril Islands.

Apparently missing the portrait of M. Golovnin. Some wear to extremities, corners bumped, joint of front board of vol. I split at the top, some browning to the first pages of the tract translated by M. Klaproth.

Vasilij Mikhailovich Golovnin was a Russian sailor, vice admiral and a member of the Russian Imperial Academy of Sciences. He made two voyages around the world and in 1811 Golovnin described and mapped the Kuril Islands. While exploring Kunashir Island he was taken prisoner by the Japanese, then spent two years in captivity. After his release he had this book published in 1816. In 1817/18 it was translated into German and English respectively. The German edition served as the basis for the translation into French still the same year. Of the three editions in the western languages the one in French by far is the rarest.

Julius Heinrich Klaproth was a German linguist, orientalist and explorer. During a part of the early 19th century he was employed by the Imperial Academy of St. Petersburg. 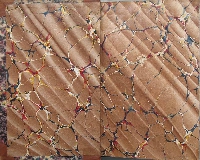 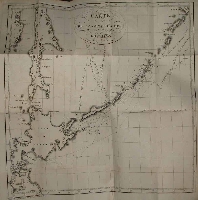