Narrative of a Residence in Algiers; comprising a geographical and historical Account of the Regency.

The spine divided in five compartments by four gilt tooled raised bands. A green, gilt title label in the second compartment, the other compartments tooled in blind. Beatiful marbleized endpapers with on the front inner-board in the form of a gilt monogram the initials "M B E". All edges marbled.
Illustrated with a large folding map, a plan of the city of Algiers and a beautiful aquatint of the city seen from the sea and coloured by hand.

Extremities rather worn, the boards a bit rubbed and lacking the half-title.

Filippo Pananti was an Italian who was captured at sea by pirates and then kept hostage in Algiers. After his release he wrote this book with as principle aim to emphasize the importance for Europe to colonize Northern Africa.
The book was published in Italian the year before this English edition and later on translations amongst others in French and Dutch were published. 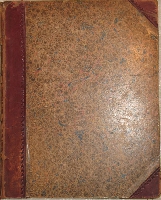 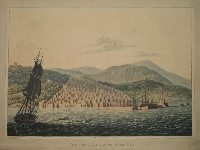 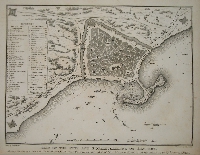