Vellum over paper covered boards, 3 endpapers at beginning and end, ƒƒ 4, pp. 104, 4to. Rebound around 1900 by G.J. Mensing, Amsterdam, who ran a bindery at the Raamgracht in that city. On the inner front board there is the bookplate of J.F.L. de Balbian Verster and another, later bookplate of a private collector. There are some notes in pencil as well on this pastedown. Lacking ƒ G4, otherwise complete. Some browning throughout, however, nowhere affecting the legibility of the text.
Title page with engraved vignette. One double page engraved plate with three pictures; one covering the entire upper half of the paper and showing the flotilla of admiral De Ruyter near the Gold Coast, the other two at the bottom of the plate. On the back side of the left part of the plate someone, apparently in 1816 in Antwerp, has written some kind of advice in Dutch, which reads:

An account of the expedition of admiral Michiel A.de Ruyter (1607-1676) in 1664. The author, Jeurian Prins, sailed on the "Damiaten" under the command of Hendrick Adriaensz. Probably he had the rank of lieutenant and he joined all important meetings on board "De Spiegel", the flagship of admiral De Ruyter, as the secretary of the admiralty on this expedition. His journal reports about a number of important occurrences and is considered to be the most important journal after the one by admiral De Ruyter himself.

In 1664, a year before the official start of Second Anglo-Dutch War he clashed with the English off the Gold Coast, where both the English and Dutch had slave stations. He retook the Dutch possessions occupied by the English, without firing even but one shot and then crossed the Atlantic to raid the English colonies in North America.

Arriving in the Caribbean at the end of April 1665 aboard his flagship “Spiegel’, he led his fleet of thirteen vessels into Carlisle Bay at Barbados. Here he fought the English, destroying many of the vessels anchored there. He, however, was unable to destroy the English batteries ashore and his vessels were severely damaged, so he had to sail to French Martinique for repairs.

While sailing from Martinique to St. Eustatius for delivering supplies to the Dutch colony there, he captured several English vessels. Hereafter he sailed to Newfoundland, captured some English merchant ships there and temporarily took St. John's before moving back to Europe.

Extremely rare, with only 10 copies in institutional libraries worldwide (Belgium, Denmark, Germany, Netherlands, USA) and with no auction records either in ABPC or RBH. 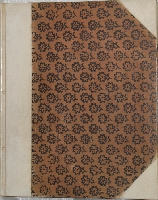 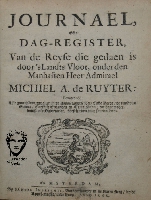 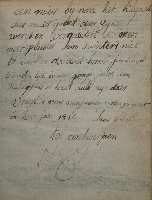