From the introduction of a study by Andras Höfer (click the link below to read the full article):

On re-reading Le Népal: what we social scientists
owe to Sylvain Lévi

It is almost a matter of decency to include Sylvain Lévi’s
Le Népal in the bibliography of any modern work on Nepal’s history and
religion. However, this pioneering book is unfortunately more often
quoted than really read. Only thus can we explain why Lévi’s
theoretical contribution has so far not received the attention it
deserves. I shall try here to summarize some of
Lévi’s conclusions as discussed on pp. 1- 33, 193 – 392 in vol. I and
pp. 1 – 305 in vol. II of this book. It is not my purpose to
criticize Lévi’s individual research results, some of which
are now outdated. For reasons of space I must also refrain from
extensive quotations. This is regrettable because Lévi’s style
remains throughout vivid; and his warmth and humour,
especially manifest in his diary of two months in Nepal
(Vol. II, pp. 306 – 408), bear evidence to a truly humanistic
commitment which we hardly find in other accounts on “old
Nepal”, such as Hodgson’s or Oldfield’s.

Vol. I and II published in 1905 and vol III published in 1908, 3 volumes in 2.
Contemporary cloth over marbled boards, marbled endpapers. the spines with gilt titles on maroon labels. Extremities a bit rubbed and some light foxing only at the end of volume III. Some underlining by pencil on titlepages of vols. I and II. Further a clean copy of this important work on Nepal.

Vol. I has 27 plates and maps, of which 3 folding. In this number of 27 plates, there are two large folding plates not called for in the list of illustrations, which have been bound at the back of this volume. The first one is entitled “La Procession de Matsyendra Natha – Dessin de la Collection Hodgson” (appr. 24cm x 46cm) and the second one is entitled “La Légende sacrée du Népal - Peinture Népalaise de la Collection Hodgson” (appr. 55cm x 55cm). The latter covered with a tissueguard with some additional text. The folding map bound opposite p. 72 instead of behind the text, also covered with a tissueguard containing the description of the numbered sites on the map.

Vol. II is illustrated with 25 plates, while the additional vol. III contains the description of the 22 plates which have been (properly) bound after the text. Vol. III also contains the combined index for the vols. II and III.

A rare and important work.

Sylvain Lévi was born March 28, 1863 in Paris and died there October 30, 1935. He was an Orientalist who wrote on religion and history. He first taught Sanskrit at the Sorbonne, then was appointed professor at the Collège de France. In the latter position he travelled the East extensively, resulting in several books, amongst which this one. 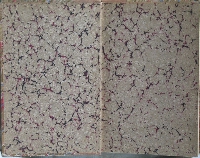 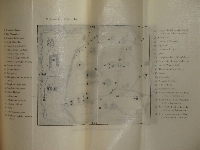 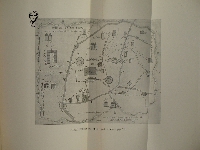 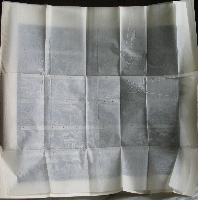 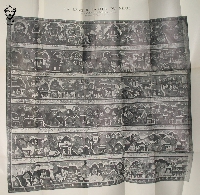 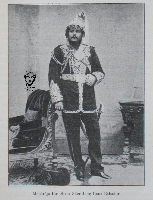