Spine mostly gone, the upper side of the wrapper reattached, some soiling and spotting but overall a clean copy, pp. viii, 91.

The 17th April, 1854 the `Aerd van Nes`, a 582 tons vessel which was built in Amsterdam 15 years earlier, was on its return voyage from Sydney when she was lost at the Great Detached Reef with a crew of 24 aboard.
The author describes their journey through Torres Strait, how they survived in their sloops once their ship was lost; the things they ate, like raw meat and fish and turtles, the dangers they faced, their encounters with natives of several islands, etc., etc. and how they finally reached Ternate in the Dutch East Indies (nowadays Indonesia) on October 11th 1854, almost half a year after their ship was wrecked.

An extremely rare piece of Australiana. No auction records in ABPC or RBH. 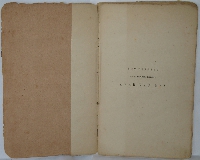 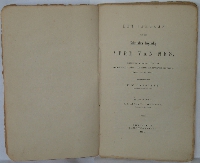 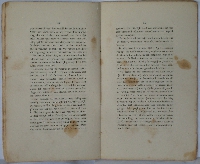