A small library stamp on the title page and one other on a text page. A small dampstain at the bottom margin of the frontispiece, well outside the plate area and some minor foxing. Further some scattered very light browning and foxing throughout. Some letters and digits on half title page in ink and some more in pencil both on half - and title page, as shown in the pictures. From page 273 onwards occasionally, not continually, a small dampstain in the far outer margin. The edges partly uncut. A small closed tear in the margin of the large folding map, not affecting the map itself.

The work was translated from Arabic into French by Nicolas Perron, while the interesting and important introduction was written by Edme-François Jomard.

The frontispiece shows le Sultan Abou Madian. The other five plates are:

Despite the flaws mentioned still overall an attractive copy. 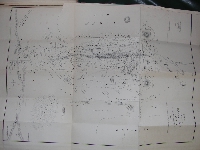 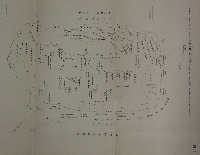