Modern calf over contemporary cloth covered boards, 4to., pp. 78 (this last page without a page number), lithographed title page, illustrated with 30 full page views, errata leaf bound between page 56 and page 57, second errata leaf bound between page 68 and page 71. So there are no pages numbered 69 - 70, but they are not missing, the page numbering here is erratic and the book is complete; both all text pages and plates are present and are bound in the right sequence. Both errata leaves in the BL copy bound at the end. The BL copy has a list of subscribers, 87 in total, which is missing here, but further it is complete as issued. Part of the letterpress printed upside down. Published in installments (see below).
Rebacked with a new leather spine with a gilt title, new leather corners and new endpapers. The spine gilt and blind ruled and thus divided into six compartments with the title in the second compartment.

A very rare publication with only 5 copies in WorldCat and just 2 auction records in ABPC and RBH together.
The beautiful plates in this volume overall are in a fine condition; a very little foxing in some of the margins only, as well as just a few plates with some foxing in the plate area. Five plates have three very small holes in the far outer margin and there is one plate with a very small stain. Despite these very minor flaws it is a very attractive copy of a very rare book.

Due to the rarity of this work little is known about it. Hence it sometimes is attributed to another "Captn. Bellew", Captain Francis John Bellew, elder brother of Henry Walter Bellew, however, the British Library attributes it to Henry Walter Bellew. Although there should be no reason not to follow the BL in this respect, when Sotheby's auctioned the library of Robert and Maria Travis in May 2005, their cataloguer added the note:

”Rare. This work is attributed to Francis John Bellew (1799-1868) by the National Library of Scotland and it is likely that he was the author. F.J. Bellew was the second son of Robert Bellew, a barrister; he served in the Bengal army and retired in 1832 at the rank of captain which fits in with the publication date of this work. Francis J. Bellew was the author of Memoirs of a Griffin, 1845. The British Library catalogues this work as being by F.J. Bellew's brother, Captain Henry Walter Bellew (1803-1842), the fourth and youngest son of Robert Bellew; he became a cadet in 1818 and was commissioned in the Bengal army in 1819 and killed on 13th January 1842 in the disastrous Afghan war. It is unlikely however that he had time to have any views published in London during his active service.”

So opinions quite obviously differ on which Bellew brother is the author of this book.

In "The Court Journal" of Saturday, June 1, 1833 the following article appeared:

Views in India. By Captain Bellew. No. I 4to.
In these views – six in number, including a vig-
nette (a Mahomedan tomb) – Captain Bellew has
displayed great facility of pencil; and they have
the advantage of being very ably lithographed.
They fall thus in order, after the vignette: – Dis-
tant View of the palace of Oorcha, Bundelund ;
– a near view of the Bridge, and part of the Pa-
lace of Oorcha; – another and nearer view of part
of the same Palace, the architecture of which is
truly magnificent and imposing; – View in the
Suburbs of Jhansi, Bundelund; – and a View of
the Palace of Rajah Bheer Sing Deo, at Dittesh,
in the same province.
Captain Bellew’s accompanying letter-press des-
criptions are copious, and of a character highly
interesting.

In "The Asiatic Journal" (Jan - Mar 1834) we can find under new publications:

Captn. Bellew's Views in India with letter-press
descriptions. Part I. and II. royal 4to. each 5s.
To be completed in six parts, containing five views
in each.

So  the whole work appeared in six installments containing five lithographs each. We do not know, however, whether these lithographs came loose in printed - or in plain wrappers. 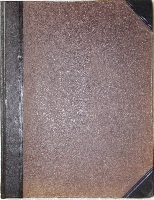 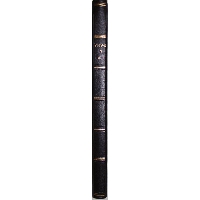