Original publisher's cloth, 8vo., pp. 4, 164, enpapers and blanks plus 22 lithographs h.t. The spine with five gilt lined raised bands, gilt titles in the second compartment and the other compartments elaborately decorated in gilt. The boards stamped in blind, all edges gilt.

The bookplate of James Fairfax on the ffep, extremities rubbed and with a 1 cm split of the frontboard at the tail of the spine. Some foxing throughout, a bit heavier in places, almost absent elsewhere, the first quire protruding but the bookblock solid.

Although first published only in 1851, This book deals with the time Prince Soltykoff spent in Persia in 1838 at the end of his diplomatic career. 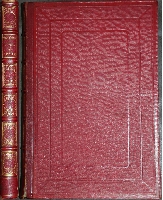 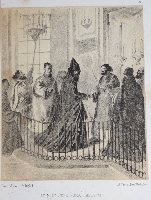 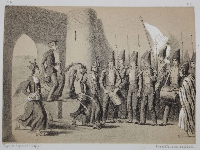