Four text volumes, 8vo., printed in 1826 and 1827 plus an atlas, folio, printed three years prior to the publication of the first three text volumes by the Imprimerie de Rignoux.
Uniform contemporary calf gilt. Both the flat spines of the text volumes as well as the atlas volume (2 vols. in one) divided in six compartments with the gilt titles in the second and fourth compartments, the whole richly gilt.

Some loss of the leather of the surface only of a small part of the backpanel of volume III and the front panel of volume iv. Further the text volumes are in a fine condition. The leather of the spine of the atlas volume a bit dry, a split tear about 5cm below the head of the spine, hinges of the front board rather weak. A small library stamp on every half title page as well as on the last blank of each volume.

The beautiful plates in the atlas volume overall clean with just some very minor, sporadic foxing, making it a beautiful set.

Of the plates in the atlas volumes the following numbers are engravings:
Vol. I : XVI ~ XVIII, XX, XLVI, LV, LX1, LXIV ~ LXVI, LXVIII ~ LXXIII.
Vol. II: XIII, XIV, XVII, XVIII, XXVII ~ XXIX, XLII, XLIV ~ LV, LXVI ~ LXXV.
Plate nrs LIV / LV together form a large folding map (two nrs., one sheet).
All the other plates in the atlas volumes are lithographs and all 150 plates are protected by a tissue guard.

Fréderic Cailliaud was born in Nantes June 9th, 1787 and died there May 1st, 1869. He settled as a scholared goldsmith in Paris where he studied mineralogy and archaeology. His desire to build a mineralogical collection was the reason he left his town of birth. From Paris he first travelled through Holland, Italy and Sicily as well as the European part of Turkey.
The information acquired from the French expedition to Egypt led to his decision to visit the Nile region. Early 1815 he travelled from Constantinople to Alexandria where he arrived in May that year. There he got acquainted with the French consul, Bernardino Drovetti, whom he accompanied on a journey to Nubia, up to the second cataract of the Nile.

After their return Drovetti introduced him to Muhammad Ali Pasha al-Mas'ud ibn Agha, vice-roy of Egypt, the de facto ruler of the country. The latter requested him to research the amount of desert minerals of Egypt. In 1816 he travelled from Edfu through the desert to the Red Sea. He travelled along the old trade route from Coptos to Berenice and thus rediscovered the emerald mines of Gebel Zabara. From there, along the shores of the Red Sea he continued to the sulfur mines at Gebel Kebrit. Here he was told by the local Arab population that if he should continue this route, he would reach the ruins of an old city which, based on this information, he located at 24° latitude, thus enabling Giovanni Battista Belzoni to discover Berenice.
From here he started his return journey to the Nile and a week later he reached Al Ridisiya.

In November of the following year, on request of Muhammad Ali Pasha he returned to Gebel Zabara where he discovered some small emerald mines as well as the ruins of a small Greek city.

In February 1818 he returned to Cairo after a visit to Thebes where he had met several European travellers, amongst whom Henry Salt.

At the end of June 1818 he travelled from Esna to the Kharga Oasis. Although previously passed by Poncet and Browne on their way to Darfur, it was Cailliaud who recorded its antiquities. He returned to the Nile region in July and in November that year he returned to France.

On request of the French government he returned to Egypt in 1819 and first visited the Siwa Oasis where he made the first drawings ever of the temple of Ammon. He then further explored the country and made several discoveries, of which the most important one was the discovery of Meroë and several other ruins of cities in that area.
For more details please see Henze I, pp. 474-476. 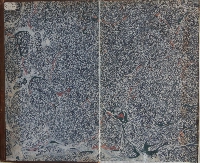 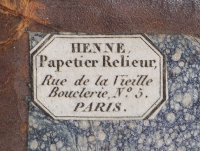 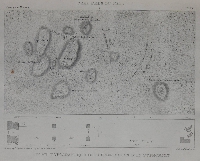 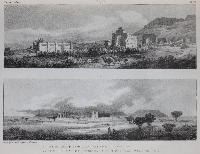 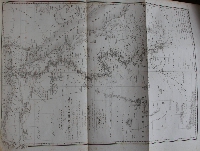 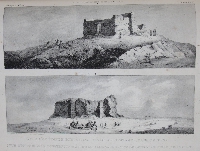