A fine example of book printing art. By any standard this book is one of the finest printed books that appeared at the beginning of the 20th century in France.

Parchment sheets decorated with gold cartouches at beginning and end, which actually form the original softcover binding. Title page printed in green and black with a title vignette in heliogravure. Initials printed in red. Complete with the folding colour map of the area.

In 1898 Hugues Krafft, a very wealthy French nobleman and gifted amateur photographer, travelled in Russian Turkestan for several months and visited Samarkand, Bukhara, Tashkent, Kokan, etc. This book is the product of his travels, lavishly illustrated with 70 high-quality photogravures and 195 heliogravures in phototype, showing the people, their dresses, the towns, the mosques and madrassas, as well as the mountains and valleys of these regions. The portraits of the people shown here are magnificent and display the integrity of the photographer; he shows their beauty, their sensitivity.

These photographs are of a high quality. Taken at the end of the 19th century, these pictures provide a unique and fascinating perspective on a region that was then little known. Although already part of the Russian Empire, from a cultural point of view it all was still rather unspoilt.

From May 11th up till June 14th 1902 Hugues Krafft visited St. Petersburg and Moscow during which period he had a private audience with czar Nicholas II. Here he presented to the czar a copy of this book, sumptuously bound by Gruel, in a morocco slipcase decorated with the imperial eagles.

For his family and friends he had a number of copies bound as well: a magnificent red morocco binding with green sheep panels laid in. The panels tooled in blind and gold with three cartouches. The spine partly polished, thus forming a label, bordered in gold and with decorated gilt titles. Gilt inner dentelles at head and tail of spine. Silk doublures and endpapers in typical red and yellow Turkestan design. These copies all with a gift inscription for the recipient.

This book is a work of art in itself, with the 70 photogravures printed on heavy high-quality vellum-paper, creamy white in colour. The paper is watermarked "Marais 1901", while there are the additional watermarks "H. Krafft" (in the form of his signature), "Au Turkestan Russe" and "Hachette". These photogravures are protected by tissue-guards with the captions printed on them in green.
The text and the heliogravures are printed on lighter, high quality paper manufactured in 1901 by Marais as well, with very wide margins.
The intriguing, fascinating and beautiful photographs appear on almost every page.

The original binding is a parchment wrapper, as still included in this copy. Quite obviously it was Hugues Krafft’s intention that prospective buyers would have their copies bound after purchasing this book, in which he apparently succeeded as several copies in ornate bindings appeared on the market in the past decades, sometimes lacking the original soft-cover binding. Very occasionally also copies still in their original soft-cover binding come to the market.

Although further research is required it seems reasonable to assume that this Hachette edition was subsidized by M. Krafft, given the fact that the publication of this book, even in those days, from a commercial point of view, must have been a hazardous operation. Moreover his signature, in the form of a watermark, is in the vellum paper on which the photogravures are printed. Obviously this paper was produced by Marais already the year before, as indicated by their watermark. 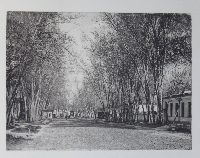 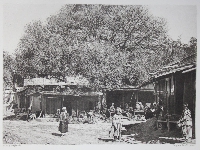 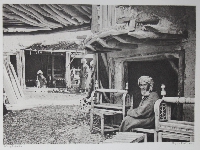 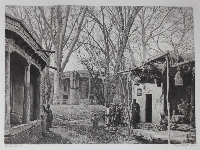 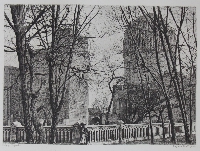 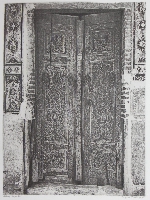 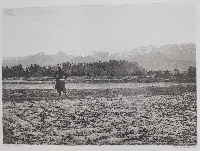 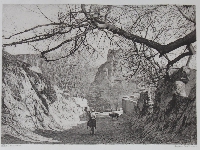 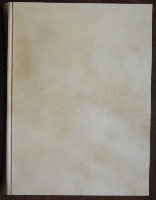 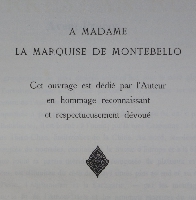 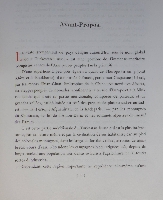