Large, thick 4to, pp. (3), 520, (1). Contemporary binding; half leather over cloth, spine with gilt lettering and ornaments and with 5 raised bands. Decorated endpapers. With a frontispiece, 191 (of which many full-page) illustrations, 7 double-page maps, of which 1 in colour and 13 plates with profiles.
There is a stain in the lower compartment of the spine, corners bumped, 2 consecutive pages with a crease in the top corner, 3 pages very lightly soiled. Interesting bookplate of a private collector on the front pastedown.

A presentation copy of great importance with a personal inscription by Borelli to the Italian embassador in France:

An impressive work, very important for the discovery of Ethiopia. In April 1886 Jules Borelli travelled from the Gulf of Tajura to Shoa. Via such places as Kilelu and Mulu he reached Ankober mid June to travel on to Antotto, residence of king Menelik. In November 1887 he visited the city of Harrar in the company of Arthur Rimbaud (²), which had been subjected by king Menelik only at the beginning of that year. From here he continued his explorations to Jimma where he climbed the Dendi and found a lake in its crater. He also climbed the nearby mountains of  Harro and Otché. Travelling on through the kingdom of Limmu he reached Jiren, capital of Jimma, which he used as his basecamp to extensively explore the Omo region. Especially his discoveries on the course of this river are particularly important.
From here he reached the Kaffarsa mountain and went on to Kabaata, from where he crossed the Omo region again and returned to Jiren. Then he went to Kullo, returned to Jiren once more and started his way back via Antotto and Harrar to Zeila at the Gulf of Aden, which he reached mid October 1888.

This work is of great importance as well because of the publication of its scientific results. During his journey Borelli had carried out many hypsometrical, meteorological and astronomical measurements. He also accurately described the route as followed, drew panorama’s and made accurate height profiles.

An elaborate, interesting and important book on this part of Africa.

A copy with extremely important provenance. General Menabrea not only was important for the history of modern Italy, but he was a gifted and important mathematician as well, linked directly to Ada Augusta Lovelace (1815-1852), daughter of Lord Byron.

(¹) General Luigi Frederico Menabrea, Marquess of Valdora, was born at Chambry on September 4th, 1809. He was educated at the university of Turin, where he qualified as an engineer and became a doctor of mathematics. He joined the army, where he reached the rank of general. In 1848 he was sent by King Charles Albert on diplomatic missions to secure the adhesion of Modena and Parma to Sardinia. He entered the Ricasoli cabinet of 1861 as minister of marine and held the portfolio of public works until 1864 in the succeeding Farini and Minghetti cabinets. After the war of 1866 between Italy and Austria he was chosen as Italian plenipotentiary for the negotiation of the treaty of Prague and for the transfer of Venice to Italy. In October 1867 he succeeded Rattazzi in the premiership. After a series of changes in the cabinet, and many crises, Menabrea resigned in December 1869 on the election of a new chamber in which he did not command a majority. His successor in the premiership, Giovanni Lanza, in order to remove him from his influential position as aide-de-camp to the king, sent him to London as ambassador, where he remained until, in 1882, he succeeded General Cialdini as embassador in Paris. Ten years later he withdrew from public life, and died at Saint Capin on the 24th of May 1896.
Despite all the above mentioned important achievements, internationally he is best remembered as a gifted mathematician who in 1842 published his "Sketch of The Analytical Engine invented by Charles Babbage" (With notes upon the Memoir by the Translator, Ada Augusta, Countess of Lovelace; Bibliotheque Universelle de Geneve, October 1842, no. 82).

(²) For a detailed description of the life of Arthur Rimbaud and his relation to Jules Borelli please see Graham Robb's "Rimbaud" (Picador/MacMillan, 2000). 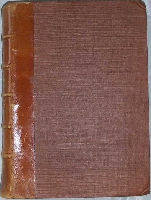 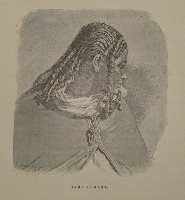 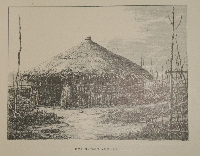 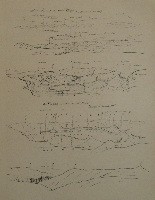 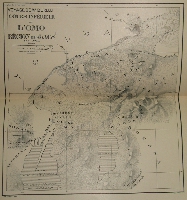 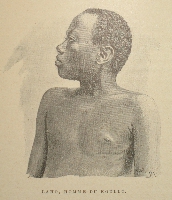 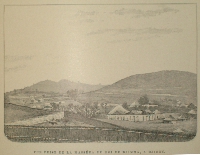